You May Think It’s Funny But It’s Snot

I promised an update and I have been remiss. But I have a good excuse. I’ve spent the last three weeks revising the first three chapters of this WIP, and then last week I also needed to write the synopsis. The synopsis is what I was dreading. On the plus side, I had already loosely plotted the story, loosely being the key word. On the minus side, I still hadn’t completely settled on the black moment or how I was going to make the resolution believable.

But I’m happy to report, I did it (with the help of Anne Gracie!) and the black moment is awesome (if I do say so myself) and I’m super excited about writing the rest of this story. That could all change in a matter of days, but for now, I’m feeling good!

Now, to the snippet. So Celi and Bryan had another encounter in the bar (before drinks were had) and Bryan ended up stepping on Celi’s foot. For the record, once again, it was Celi’s fault. Not that she would admit that, stubborn child (don’t tell her I said that). Anyhoo, Celi was so fed up with how her weekend was going, she drank a few Amoretto Sours too many. Okay, like eight too many.

Bryan did not imbibe and has just arrived back home to find a surprise sitting against his door.

Balancing on the balls of his feet, he couldn’t decide what to do next. He had to let her know he was there, but he didn’t want to startle her. Gently, Bryan reached over and tapped her on the shoulder.

Without lifting her head, Celi said, “What?” So much for startling her.

“Wha-,” she started but as soon as she looked up, her arms flew up to cover her head and she started screaming. “Don’t hurt me, oh God, don’t hurt me.”

Taken by surprise, Bryan lost his balance and found himself sitting on the floor with her. “Would you calm down? I’m not going to hurt you. Why the hell would I hurt you?”

The crazy woman stopped her imitation of a banshee but refused to lower her arms. Peaking under her elbow she said, “Every time I’ve seen you in the last two days you’ve hurt me. First my hip when you almost ran me over, then my hip again when I ran into that ugly chair, and tonight when you stepped on my foot.” Taking one arm down to point to her foot she added, “I think you broke my toe.”

Bryan wanted to yell back. He wanted to tell her she was out of her mind and all those run-ins were her fault. But he couldn’t. She looked so sad and lost, and he was so tired. Tired of being angry.

“I’m sorry. I never meant to hurt you. I don’t even know you. What are you talking about, an ugly chair?

“This morning, when I walked out of my apartment, I nearly ran into that chair you were carrying and ended up landing on my ass. Again.” After wiping the tears from her eyes she reached her right hand inside her left sleeve and used it to blow her nose.

Bryan struggled to keep a straight face. “I had no idea. How about we start over?” Bryan thought about shaking her hand then remembered the nose blowing and kept his hands to himself. “My name’s Bryan.”

Going from sad and lost to angry and sarcastic in record time she said, “No, that’s my name. Celi. C-E-L-I. It’s short for Cecelia.”

“I am not going to bed with you!” Celi punctuated her outrage by kicking him in the foot.
Just when he started thinking she might be sane. “I didn’t mean go to bed with you. Just to bed. In my own bed.” Before she could kick him again he clarified. “Alone.”

Celi crossed her arms over her chest and said, “Then go. Who’s stopping you?”

“Am too.” They sounded like four year olds and before she could keep the comedy skit going, he said, “You’re blocking my door.”

Celi looked behind her as if she’d forgotten where she was. When she turned back he raised his brows and waited for her to get up. He should have known it couldn’t be that easy.

“This is my door. Your door is over there,” and she pointed to the door behind him, her door.

Taking a deep breath then letting it out slowly, Bryan put every ounce of patience he had left into his next words. “That is your door.” Holding up a hand to cut off her argument he continued. “See, that door says 3A. The door you’re leaning on says 3D. You live in 3A, don’t you?”

Celi’s face went blank and Bryan worried she might be too drunk to know her own address. Then the dawn of enlightenment hit and her eyes became giant blue saucers. “That’s why the key wouldn’t work. I knew I had the right key.”

Basking in the joy of knowing she knew which key went to her front door, Celi didn’t seem in a hurry to get up. Leaving her out here started looking better and better.

“Do you think you could get up now? It’s late and I’m tired.”

Celi stopped celebrating with her keychain long enough to look into his eyes. “If you’re tired, why don’t you go to bed?”

Time for drinking stories. Ever been so drunk you couldn’t find your front door? Your street? Your hand in front of your face? Lets share! 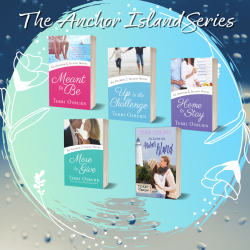