So, I’ve had a week from hell. Now, I know what you’re thinking. A) Here she goes whining again. B) How would this be different from every other week she talks about. I’ll state the obvious now, I am about to whine (just a bit) and yes, every week is rough these days but this one seemed rougher. In truth, neither of these issues matter since this is my blog and I can rant if I want to. *g*

Monday seemed well enough. I planned on getting a jump on my mid-terms (which we’ll get to later in this post) but when I came in from work, I found a note in my door telling me the sprinkler heads were now going to be changed on Tuesday instead of Wednesday, meaning I had to move all of my furniture out from under the sprinklers and empty by large walk in closet which not only holds all our coats, shoes and the vacuum, but also all of my Christmas decorations. There went my night. But the closet is looking much better after all the trouble.

Tuesday night the Wee One had a game which meant running around like crazy and trying not to forget anything. Then it turned into the night that will forever go down in history for all Dancing with the Stars fans. SHE WAS ROBBED!!! I still can’t believe Sabrina was the one to go but the fact the judges tried to pretend complete innocence in the whole mess amazed me even more. They gave the girl a perfect score early on then tore her apart every week after no matter how well she did. The fact is, she was the best dancer in the competition (other than maybe Mel B.) and she should be in the finals, hands down. Now we’ll have to wait and see if the petition (which I signed online) will do any good in bringing her back.

Wednesday was, of course, Halloween. It was a bust. If anyone in our apartment complex gave out candy, I don’t know where they were. And we were not about to trudge up and down three flights of stairs in more than a dozen buildings to find them. So, we went to the Fall Harvest fest at the large church across the street and Wee One had a blast because she got to do the bounce house type stuff and we had a cute little hay ride. Not perfect but plan B worked out pretty well to save the night.

Thursday Wee One had softball practice but I needed to be home for the UPS man and ended up missing him anyway. I spent the night doing dishes and laundry and little else. Oh, I did return most of the house to its original layout before the sprinkler head incident. In other words, my back was killing me by the time I went to bed.

Friday was very quiet at work but I’d somehow managed to irritate my carpal tunnel Thursday (a few too many clicks of the mouse I guess) and suffered in pain all day. Once again I had to race to meet the UPS man but I caught him this time. The good thing is I managed to get some writing done Friday only not on the current WIP. I’ve started a *very* short novella for an open submissions call on an erotica anthology. Yep, erotica. I know! What am I thinking? I don’t know but I do know this stuff is FUN to write! LOL!

The weekend is only half over but I’ve already spent my entire Saturday at the ball field. Two fields really. And I worked the concession stand at one for an hour during which I missed my daughter’s team whip up on the boys’ baseball team. It was a scrimmage game for fun and they beat them 13 to 5. How cool is that?! After that we did more bounce house stuff, I got to hang with some old friends and then I came home wanting to pass out. All I can say now is THE SEASON IS OVER!!! *sigh* Thank goodness.

One meeting tomorrow and then it’s tests all day. The best part about this weekend – I get an extra hour to sleep! I’ve been begging someone to add more hours to my day and this is the one time a year, I actually get my wish. *g*

Now, everyone is free to chastise me for whining, thank their lucky stars their life is not this silly or tell me this sounds like nothing compared to your week. No matter which way you go, thanks for stopping by.

5 thoughts on “Week in review” 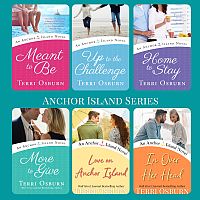