December is a busy, frantic, magical time, and I say we celebrate all of these things between now and the moment the big ball drops to drag us into a new year. We’re shopping and cooking and working and shoveling snow (in some places, thankfully not in my area.) And, of course, we’re partying. Everything from neighborhood gatherings to fancy corporate events.

This is the first time since 2006 I don’t have a fancy party to get gussied up for. As much as I miss shopping for a party dress, it’s so nice not to have to worry about it. Though, to be fair, I also planned that event every year, so that’s probably why I’m relieved to be off the hook.

However, I do have a holiday party coming up, and it’s a pot luck. I LOVE pot lucks. As a picky eater, I’m almost guaranteed to find something I’ll like. Even if just one or two things. And they’re usually homemade and heart-stopping and oh so good. I plan to take something in the Crock Pot, but I’ll also be taking my buckeyes.

As an Ohio native, these are a must. Oddly enough, my grandmother made about a dozen different types of cookies when I was growing up, but never buckeyes. I had to get those from a friend’s mom, Mrs. Nankivell. Unfortunately, I’m not the baker either of these ladies were, so I use a shortcut recipe that is so simple it’s a crime.

Melt a bag of peanut butter chips in the microwave, then fold in a can of white frosting. Chill. Roll into balls, Dip in melted chocolate. (I use Ghirardelli.) Let dry on wax paper and voila! Buckeyes. (Picture is from last Christmas.)

So let’s talk cookies and give stuff away. What was your favorite holiday cookie when you were growing up? Is it still your favorite now? Have a recipe you want to share? Tell us about it or leave a link to the recipe and maybe some of us can get some new ideas.

First Week At The New Job

1.) Working from home is just like working anywhere else. You start your day with a plan, then you get an email or phone call and that plan goes out the window. At the end of the day, you’ve no idea what you accomplished, you just know there’s a lot more to be done.

2.) I am both a demanding boss and a lazy employee. All my life I’ve battled my procrastinator tendencies. I’ve managed them better in the last several years, as being a single parent with a full-time job and a part-time college curriculum (as I experienced from 2006 to 2009) will force you to get your butt in gear and get crap done. However, this week, all those tendencies are back with a vengeance. At the same time, the boss is making me feel horrible for not hitting all my goals.

3.) This is a basic life lesson that the ladies will understand. I’ve always had incredibly oily skin so avoided moisturizers at all costs. Turns out, my skin was an oil slick because it wanted moisture. Who’d a thunk? I slathered on some moisturizer this week to test this theory and the results were astounding. No more oil slick. Only took 42 years to figure that one out.

I’m not even going to mention my screwy sleeping patterns. So, after all this, I’ve decided if I get some things done between now and Christmas day, then fine. If I don’t, that’s fine too. I say I’ve decided but the boss isn’t quite on board with this yet. I will be leaving the house soon (to tackle the post office – pray for me) and may bribe her with a Frosty.

Celebrate With A Book

In three short days I will be taking part in what has become an annual event in the Richmond area. Celebrate With A Book brings local authors together to meet readers and share our stories. The book fair will be held at Regency Square Mall on Parham Road in Richmond. (Find us on the 1st floor in front of Macy’s.)

I am so excited about this. I’ve done very few signings so far, so it’s going to be fun to chat with readers, and to hang out with the other authors. In attendance will be April Michelle Davis, Baine Kelly, Barry Jordan, Jr., C.J. Ellisson, Carin Jayne Casey, Denise Golinowski,Greg Smith from Agile Writers, Leah St. James, Maria Chevelle, Melissa Schroeder, Nicole M Brown, and Tina Glasneck.

There will be books for sale, which are perfect for those last minute Christmas presents. I believe there are goodie bags as well. If you live in or around the Richmond, Virginia area, I hope you’ll consider coming out to see us.

There’s no better way to spread the holiday cheer than to spend the Saturday before Christmas at the mall getting your romance novel fix.

Today is my first real day as a self-employed person. As I write this Sunday night, I’m not sure how it’s going to go, but I do know I’ve spent the weekend fending off a weird silent panic. I know I’ll be fine, but you’d think taking complete control of your time would feel liberating. Instead, it feels like a giant pressure squeezing my temples.

But don’t worry about me. This is actually normal for my whackadoo brain. I’ll get a few days behind me, set some kind of schedule and create a routine. Then it’ll be all good. I’m just not the best at transitions.

But let’s be honest here, my new life is far from the big deal right now. We’re less than ten days from the big holiday and I want to know if you’re done shopping. I finished up Saturday night and spent the weekend wrapping, but still have much more to get wrapped. (I’m terrible at it so most everything goes in bags, which I have to tape shut or my cats attempt to get in them.)

Are you done? Just starting? Going big this year (I might have gone overboard) or keeping it simple? And as a gift from me, here’s a new favorite Christmas song for your enjoyment. A song from me (and Jason Lancaster) to you.

I am not a decorate early kind of person. In fact, I’m not much of a holiday decorator at all. My sister got that gene. She decorates for every holiday throughout the year, and does the most at Christmas time. In fact, if you’re in her house while she’s decorating and sit still too long, she will wrap you in garland.

But this is not my thing. I put up a tree and some stockings and that’s it. Maybe a wreath on the door. But this year seems to be different. The spirit is hitting me early and hard. First, my sister (yes, that enabler mentioned above) sent me a pic of solar powered lights for my new fence. So, of course, I had to go looking for them. They are now draped along the sides of the fence and working beautifully. I think I was the first person in the entire neighborhood to put up any kind of Christmas lights.

And then I found a lovely new tree. It’s the perfect height, pre-lit, and really soft. Even better? I got it for ONE HUNDRED DOLLARS OFF. What a bargain?! Since I ordered it online, I thought it would take a while to arrive. Um… no. It’s here. And now I want to put it up. But not before Thanksgiving, right? I mean, I couldn’t do that. I’ve never done that. It’s just not right.

But with the changes in the house, this is the first year I can put the tree in front of the window. And it would look so pretty!

No. I must resist. What do you think? Do you go all out? Do you hate that Christmas infringes on Thanksgiving more and more every year? (For the record, I’m totally against stores being open on T’giving Day!) 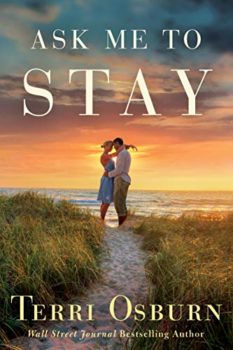